What's in the baby prince's future?

An astrological peek reveals that the new prince is a Cancer with Mercury, Mars and Jupiter in Cancer.

If this baby had been born 36 minutes later, he would have been a Leo -- the sign of royalty.

But he has plenty of royal company in Cancer.

The baby's father, Prince William, has Sun and Moon in Cancer; his mother Kate has her Moon in Cancer, and his grandmother Princess Diana was a Cancer.

Meanwhile, Kate is a Capricorn and the baby has Moon in Capricorn. And his great grandmother Queen Elizabeth is Capricorn Rising. Lots of similarities!

Capricorn is a perfectionist sign that rules the government.

Because of his birth so close to Leo, he shares qualities of both Leo and Cancer. And indeed, Queen Elizabeth has Moon in Leo, and Prince Charles is Leo Rising.

In turn, Charles is a Scorpio and the baby is Scorpio Rising! These two - the new prince and his grandfather - will click amazingly! Watch for future photos.

There is also a strong Sagittarius influence coming from his grandmother Diana, who was Sagittarius Rising. This gives him a freedom-seeking quality that adores travel and will love to be outside enjoying sports and physical activities.

Well, we see where he came from - but who is he?

First and foremost, he will strive to become a better person in this lifetime. He'll be attracted to self-help books, courses and activities for self-improvement. He will seek principles to govern his life so he can feel confident that by adhering to these principles, he can live fearlessly.

He will also love to travel. But he will not seek out the popularity of his uncle Harry. He will have fewer friends, but steadfast, lifelong buddies. He is strong, wilful, and yet, an imaginative dreamer who thinks in pictures.

There is much passion in his chart. (Oh yes, we have a little stud muffin in the making!)

He'll have heightened sexual energy, a debonair demeanour plus a love of mystery and intrigue. He will be secretive. In fact, his chart shows he will fall heir to secret information.

One royal tradition that will happily be carried on - from generations before him - is his love of animals and outdoor sports.

This young prince is indeed a delightful addition to the royal family.

Some famous names that share July 22 as a birthday with the new prince: 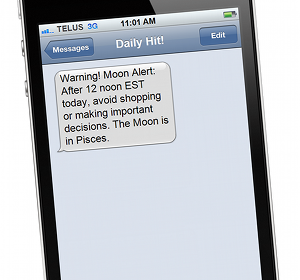 Your Daily Horoscope, delivered to you each day... Georgia's Daily Hit!